This week is a massive week for the Lebanese Olympic Squad (Under-23), as they prepare to travel to Saudi Arabia to participate in the 2020 Asian Cup qualifiers. However, they go there with non-existent preparation as the FA has shown very little interest in the youth teams and very little planning when it comes to their management and development.

This gave the coaching staff very little time to prepare the team for the qualifiers, with a try-out which saw 38 local-based players organised in February, only a month before the qualifiers. The fact that this try-out took place in Qasqas Stadium, whose pitch is in a very bad condition, reflects the lack of care for the Olympic Team. And since the initial try-out, training sessions have seen numerous players miss out because of their club demands, with some sessions featuring as little as 11 players, none of which were guaranteed to be in the final squad. And there have been no friendly matches either, meaning that the final group, which was announced by Milic Curcic on Friday, will enter the qualifiers having never played together and only trained as a group for a week.

One thing that allowed optimism for Lebanon going into the qualifiers, despite having been drawn against two very good sides in Saudi Arabia and the UAE, was the amount of Lebanese talent playing abroad, especially in Europe. Players like Borussia Dortmund under-19 midfielder Roda Khodra, Hamburg Reserves captain Khaled Mohsen, and Leganes’s Tarek Yehya are just some of the Lebanese youngsters playing in top European youth teams. 18 year-old Sheffield Wednesday striker Eyad Hammoud was recently named as one of the best 50 youngsters in the world by The Guardian. Joseph Khalife is a talented centre-back currently playing for Anorthosis u19s in Cyprus, Rabah Mazbouh is Standard Liege Reserves’s starting striker and Rami Hajal is  an attacking midfielder at Heerenveen. Our rivals in the qualifiers do not have youngsters playing in Europe and this should have given us more than a good chance to qualify. However, unfortunately not one of these players has been brought into the squad and in a group where Lebanon should have been the favourites, they now go into it as major underdogs.

There are still some exciting young players that will be gracing the pitch for the Cedars on Friday against the UAE, and those players have a chance to earn consideration for a senior team call-up. Playmaker Hussein Monzer, who has been a regular starter for Ahed this season, was called up to the senior squad for the pre-Asian Cup training camp and is the most important player in this team. Nejmeh’s Ali El Hajj excites every time he plays and the left winger, who has brilliant dribbling ability, great vision and a wonderful shot, is one of Lebanon’s brightest prospects and could go on to be one of the best in the country. And Khalil Bader is another attacking midfielder who has had a terrific season on loan from Nejmeh at Shabab Ghazieh, being one of their best players and scoring 6 goals and assisting a further 3 for the newly-promoted side that has surprised everyone this season. Tadamon Sour goalkeeper Hadi Mortada was also called up to the senior squad’s pre-Asian Cup training camp and has had a fantastic first season in Lebanon after coming from Germany, picking up 9 clean sheets in 19 games and conceding only 19 goals, a record only bettered by the top three of Ahed, Nejmeh and Ansar.

However, despite the talent in this squad, it is unlikely that these players, especially considering the almost non-existent preparations, will be able to compete properly with the Saudis and the Emiratis who have gone through months of preparations, played multiple friendly games, and have been raised in a professional environment. Had the FA put in the effort to make sure that the Lebanese players who are playing in Europe were brought in, and given a coach the time to build a team, train this team, and play friendly games to prepare for these qualifiers, Lebanon would have surely been favourites to go through ahead of their rivals.

It is highly improbable that Lebanon will get anything other than two defeats against Saudi Arabia and the UAE and no one in Lebanon will have expected more, but with the talent at our disposal, this is a big shame and should not be accepted by anyone involved in Lebanese football, particularly the fans. The Olympic team should be used to build a generation that will go on to be successful with the senior side but instead it is being neglected and its importance is being ignored, making one wonder as to the planning being done by the FA. There is a huge amount of talent in Lebanese football, enough for expectations to be much higher than they currently are. How many Asian, let alone Middle Eastern, countries have this many young players in elite European academies? And yet we seem to accept consistent failure. It is time that we demand more because Lebanese football, and the Lebanese people, deserve more. 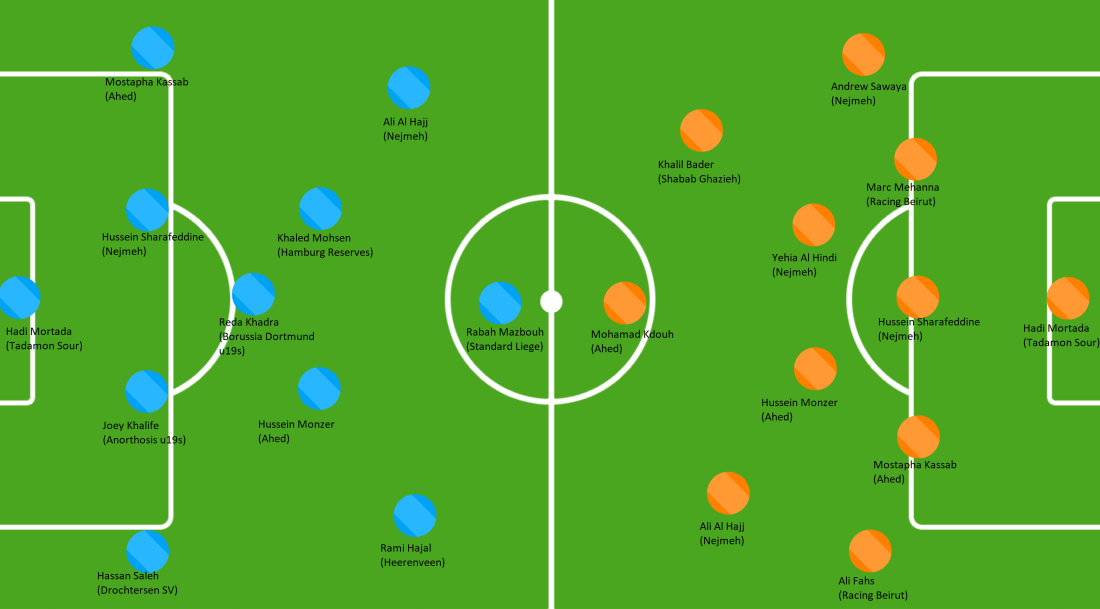 View all posts by Nadim Afiouni