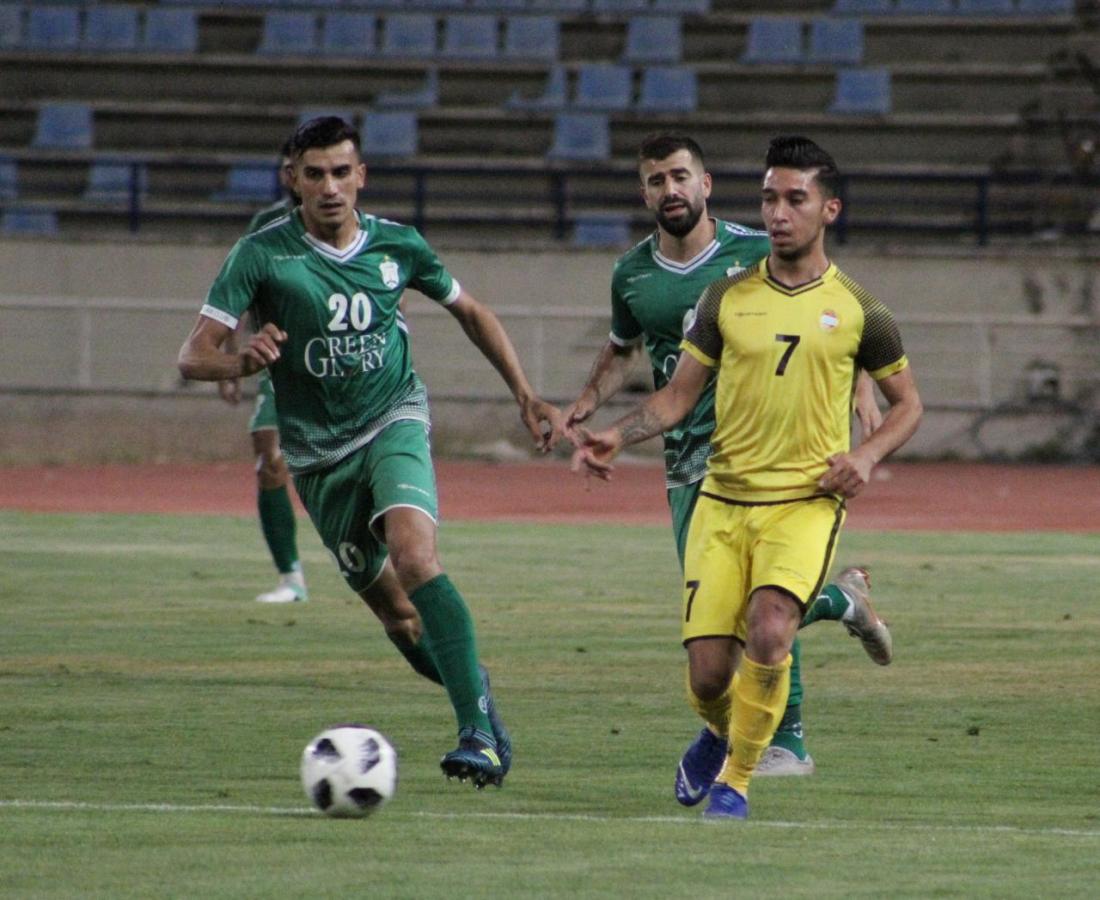 Later today, Ahed face Beirut rivals Ansar in the Lebanese football season’s curtain-raiser, the Super Cup. Ahed will be hoping to continue their domestic dominance having won two successive league and cup doubles but last year’s runners-up in both the league and the FA Cup Ansar have strengthened significantly over the summer and are looking to spoil Ahed’s party, today, and this season.

After initially being scheduled for the Camille Chamoun Sports City Stadium, the latter has been declared unfit to host the game and the final will now be taking place at the Saida Municipal Stadium. It is a big game for Saida as it sees top-tier football return after an absence of several months due to the poor state of the pitch and stands. The stands have not been refurbished and are a still a big problem, but the pitch is supposedly ready again to be graced by the best players in the country and everyone is waiting to see what is the result.

If the pitch does not get in the way, we should see a good game and there will surely be a big crowd to witness it. Ahed’s fanbase keeps growing as a consequence of their continued success and this could very well be a historic season with them being in the West Area Final of the AFC Cup. Meanwhile Ansar fans are enjoying being back at the top of the local game and optimism is high after last season’s exciting performances and the strong summer they have had. Indeed, Ansar are confident they can not only compete with Ahed for the league title but that they actually are going to take it off them. And there are good reasons for it.

Everyone who watches Lebanese football would agree that despite the fact they finished second, Ansar were the most entertaining team to watch. They excited everyone with their free-flowing attacking football and although Jordanian coach Abdallah Abu Zema left the club following the cup final defeat to Ahed, Ansar have continued down the same path under new head coach Nizar Mahrous. If anything, they have improved going forward with the addition of National Team captain Hassan Maatouk, whom they got from big rivals Nejmeh. Maatouk is undeniably the best player in the country by a distance and he has already been combining well with Ansar’s other creative attacking players in Moni, Onika and Soony Saad. They have also retained the services of El Hajj Malick Tall, who finished the last two seasons as the league’s top scorer, and Tunisian midfielder Houssem Louati, who was top for assists in his debut season in Lebanon with 11. Centre-back Aboubacar Camara also rejoined the club in a last-minute deal. Otherwise, Ansar completed a record-transfer for Tripoli’s goalkeeper Nazih Asaad, while also bringing in Venezuelan-born duo Kelfan Daou and Jihad Ayoub, Bulgarian youth international Eyad Hammoud and Mexican-born full-back Alfredo Jraidini. They also renewed the contracts of Adnan Haidar and captain Moataz Jounaidi. It’s fair to sayy that club President Nabil Bader is going all in to try and win the league this season, and given the squad he has assembled you would expect they be in the title race until the end.

Ahed, of course, will be quick to remind everyone how dominant they have been in recent years, even going on a run of two years and two months without a defeat in domestic football before losing to Ansar at the end of last season once the title had already been clinched. They still have the most National Team players of all of the domestic clubs, with 9 of their current squad having played for the Cedars in the last nine months as well as Ahmad Al Salih, who is captain of the Syrian National Team. Of those nine Lebanese internationals, striker Mohamad Kdouh will be leaving the club after today’s game, joining a team in Bangladesh on a one-year contract. His departure was accepted after Ahed completed the signing of Tunisian international striker Ahmad Akaichi, who won two Tunisian league titles as well as the Cup in Saudi Arabia and can also count a goal against Atletico Madrid in a friendly to his name. He looks to be a big addition but Ahed’s squad has not had a full pre-season as a consequence of their run in the AFC Cup and there are signs that this may affect their player’s season. In addition, it is no secret that Ahed’s priorities lie elsewhere, with the chance to become the first Lebanese team to win a continental competition being taken very seriously at the club. This means that Ahed’s squad depth will be tested this season, starting with today as they enter the game without goalkeeper Mahdi Khalil, defender Ahmad Al Salih and midfielder Issah Yaacoubo. This has however not been a problem for Ahed, who have shown in the past two seasons great squad depth. Ahed are also a very tough team to score against and they picked up 16 clean sheets in 22 games last season and only conceded 9 goals, and this shouldn’t change too much in the new season with the defence very much consisting of the same players with Khalil Khamis and Hussein Zein continually growing and improving. Captain Haitham Faour announced his international retirement in order to focus on his club duties, which is also a bonus.

You can never talk about a title race in Lebanon without mentioning Nejmeh, who had put up a good title race up until the last two months of last season when everything unravelled. And the beginning of the summer continued in the same manner for a club which was in crisis and seemed to fall farther and farther behind its rivals. Nejmeh struggled in the beginning of the transfer window, losing every single battles against rivals Ansar. Indeed, the traditional enemies both wanted Hassan Maatouk, Nazih Asaad, Moataz Jounaidi and Eyad Hammoud, but all four of these players will be playing in green this season. And all hope seemed lost for Nejmeh until they appointed Egyptian coach Mohamed Abdel Azim, who led Nejmeh to a remarkable 1-1 draw in the Arab Champions Cup against defending champions Esperance de Tunis, who needed a last-minute equaliser to avoid defeat in Beirut. Tunisian new signing Mourad Al Hezli shined in midfield and it was good to see Abbas Hassan back in goal after all the injury issues he has suffered. Other players to have been brought in at Manara include former National Team centre-back Ali Al Saadi, Tripoli left-back Abdallah Aish, former Ghana u-20 striker Issaka Abudu and former Lebanese international forward Feiz Shamsin, who returns home after spells in Oman and India. Nejmeh have the major challenge of replacing Maatouk, and they have brought in Salam Zgharta’s star winger Edmonde Chehade, with the returning Khaled Takaji also going to be helping in that department. But Nejmeh also have some exciting young talents who could have big parts to play, with Khalil Bader impressing particularly in pre-season. With all of this coming into place, it is not inconceivable that we will see a three-way title race this season, but even the most optimistic Nejmeh fan will admit, albeit reluctantly, that in the current situation Ahed and Ansar are more prepared to win the league.

Today’s game will be the first opportunity for these two teams to do battle and for one of them to lay down a marker and start the season on the front foot. The best defence in the league will be up against the best attack and the teams’ contrasting styles should make for a fantastic contest and an exciting competition ahead. It will be interesting to see how Ahed manage the balance between domestic and competitive football, and Ansar may well look to get an advance on them, making the most of the fact that they have the Zonal Final coming up in just over a week’s time, starting with today. But is there is one team that can compete on multiple fronts, it is Ahed, and Bassem Marmar will not be ready to give his rivals any signs of weaknesses.

View all posts by Nadim Afiouni