END_OF_DOCUMENT_TOKEN_TO_BE_REPLACED

These are bleak times for Lebanon and football is no exception. However, women’s football may just be able to provide the hope and joy that the Lebanese people desperately need. In the last couple of months, Lebanon’s U-15s and U-18s both won the West Asian Championship and senior National Team head coach Wael Gharzeddine believes this is just the beginning.

END_OF_DOCUMENT_TOKEN_TO_BE_REPLACED

There aren’t many coaches in Asia’s youth football who can boast of having coached players who now play in the top leagues of English football. But Roy Abi-Elias, the head coach of Lebanon’s u-19 national team, who was actually born and raised in the United Kingdom, is at the head of an exciting generation of talented young Lebanese coaches.

END_OF_DOCUMENT_TOKEN_TO_BE_REPLACED 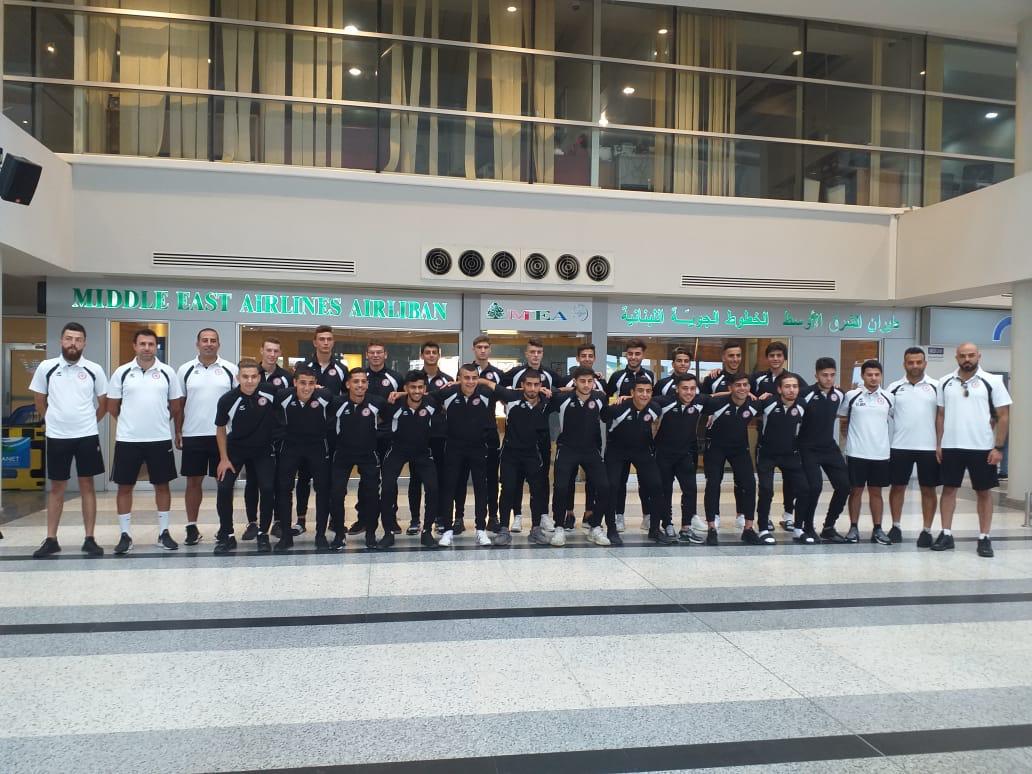 The Lebanon u-19 National Team will begin its qualification campaign for the 2020 Asian Championship later today when they take on Syria in Tajikistan. Lebanon were drawn in Group C, which also has Tajikistan and Maldives, and the other two games will be played on the 4th and the 6th of October respectively. This group has been working together for a long time and will be hoping to qualify to the final tournament, which will take place in Uzbekistan in October of next year, something Lebanon hasn’t done since 2008.

END_OF_DOCUMENT_TOKEN_TO_BE_REPLACED

The Lebanese national team is in Iraq ready to participate in the 2019 West Asian Championship. This tournament represents the Cedars’ first bit of action since the 2019 Asian Cup back in January, and the first bit of action for new Romanian head coach Liviu Ciobotariu, meaning that loads of people will be tuning in to see what this “new” Lebanon looks like.

END_OF_DOCUMENT_TOKEN_TO_BE_REPLACED

Last summer, excitement in Lebanese football was high, mainly in anticipation of the National Team’s historic participation in the Asian Cup in January, their first major tournament in 19 years. Indeed, this year was to be arguably the most important year in Lebanese football history, and with ambitions of making it to the knockout stages of the Asian Cup for the first time, it was more crucial than ever that the domestic game had a strong year. However, unfortunately, it was to be quite the opposite, as numerous issues amounted to provide one of the worst seasons in Lebanese football since the end of the Civil War.

END_OF_DOCUMENT_TOKEN_TO_BE_REPLACED

Earlier this week, it was confirmed to us that Miodrag Radulovic, Lebanon head coach since 2015, would not continue with the Cedars. This comes after four years which saw him qualify the team for the Asian Cup for the first time in their history, during which they clinched their first ever tournament win in the 4-1 victory over North Korea, as well as go on a 16-match unbeaten run between March 2016 and October 2018. We might very well find out who replaces him after the LFA Executive Committee meeting on Monday. Here I take a look at some of the possible candidates for the job:

END_OF_DOCUMENT_TOKEN_TO_BE_REPLACED

On Monday, Nejmeh will begin their 2019 AFC Cup campaign in Amman, facing Jordanian champions Al Wehdat in their first game in the competition since May 2017. The pressure is on the Nejmeh players and coaching staff after Wednesday’s 1-0 defeat to Salam Zgharta that has left Ahed 8 points clear at the top of the table and seemingly on their way to a third successive title win. In addition, this season’s performances have been underwhelming to say the least, and the fans are demanding success on the continental stage.

END_OF_DOCUMENT_TOKEN_TO_BE_REPLACED

Lebanon’s Asian Cup adventure came to a tragic ending as the Cedars, despite beating North Korea 4-1, were unable to qualify for the Knockout Stages. However, notwithstanding the disappointing results, the players made us proud with their performances and were unlucky and deserved to be in the last 16. But while some players shone on the continental stage, others that did not perform to the best of their abilities. Here I will be rating every player’s performances at the tournament.

END_OF_DOCUMENT_TOKEN_TO_BE_REPLACED

Lebanon’s first major tournament campaign in 19 years ended on Thursday night despite a first ever Asian Cup win, with the Cedars being knocked out at the group stages, just like in their maiden Asian Cup campaign back home in 2000. This was a historical tournament for Lebanon because it was the first time that they qualified for a tournament, having hosted the Asian Cup in 2000, and so the fans were incredibly excited to see their heroes take on the best in the continent and the players were very determined to enjoy the experience and do well. However, things unfortunately did not go to planned as Lebanon were unsuccessful in their attempt to qualify for their first ever knockout stages. Here, I will attempt to point out exactly why Lebanon failed to reach their targets.

END_OF_DOCUMENT_TOKEN_TO_BE_REPLACED

Maatouk the GOAT!
Lebanon achieved their target by qualifying for this stage of WCQ. Anything more is a bonus. We have done superbly to go this far & we can still finish 4th which would be a wonderful achievement. The players have been terrific throughout & we should thank their efforts.
Proud of this team ❤️🇱🇧
Hajj Hammoud passes away💔
My preview ahead of Lebanon’s opening game in the 2021 FIFA Arab Cup against Egypt
Wrote a long article about Thursday’s game vs Iran, the lessons I think we learned from it and why the outlook remains positive for the Cedars (see link in bio)